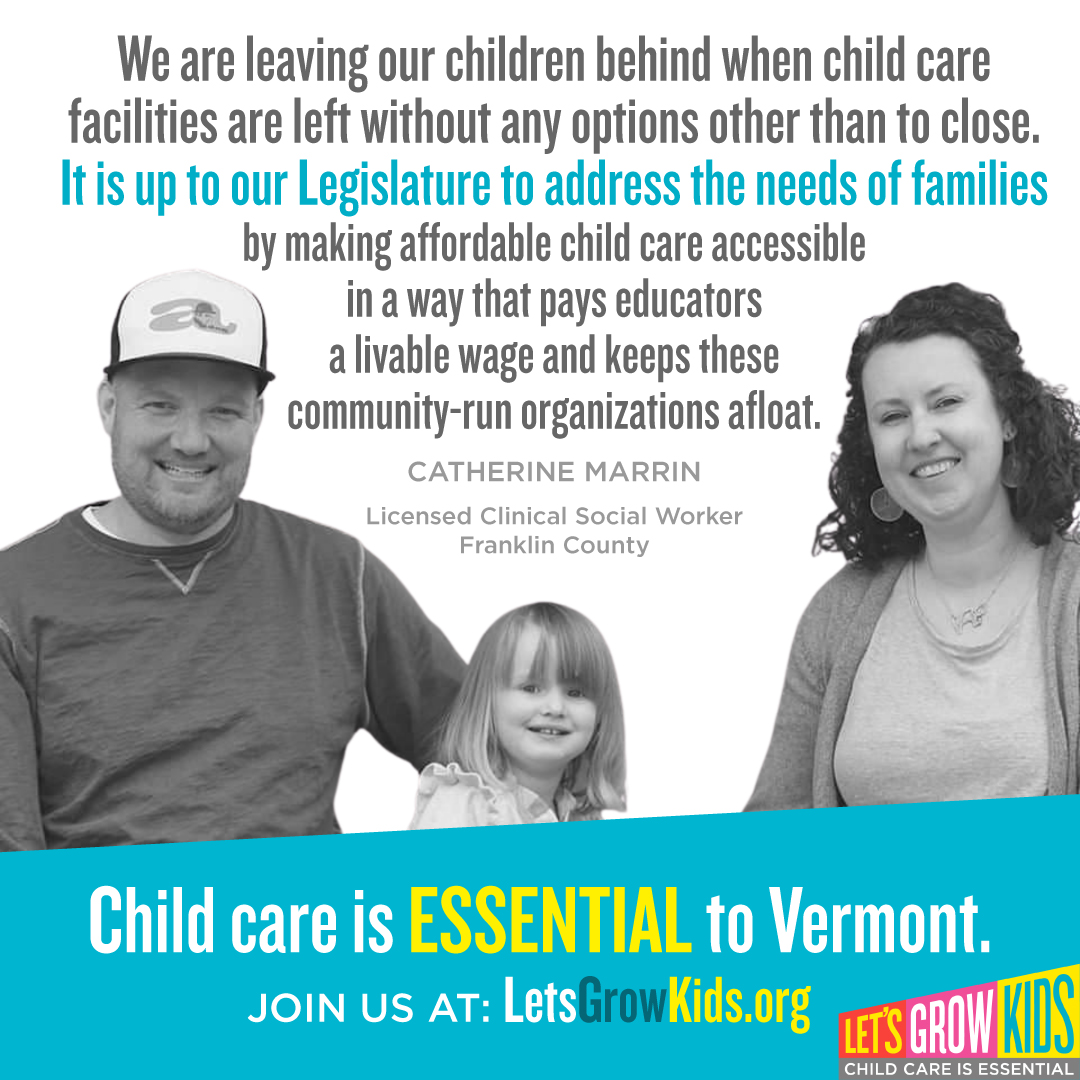 At the end of this month, the Greater Burlington YMCA will be closing its child care facility in St. Albans. The child care program had been operating out of a temporary location since its regular location was damaged by a burst pipe.

Thirty-eight children and their families are now left with three weeks to find affordable child care, which many parents are finding near impossible. Catherine Marrin is one of those parents. She's a licensed social worker in St. Albans and, in addition to working to figure out a plan for her family, she is also leaning on Vermont policymakers to do more to support universal child care in Vermont. She joined Vermont Edition to talk about her efforts.