Family defines Milton daycare provider Laura Butler’s work. Her clients span generations; high-schoolers she cared for now volunteer alongside her and the kids at her center call her husband “Papa.” 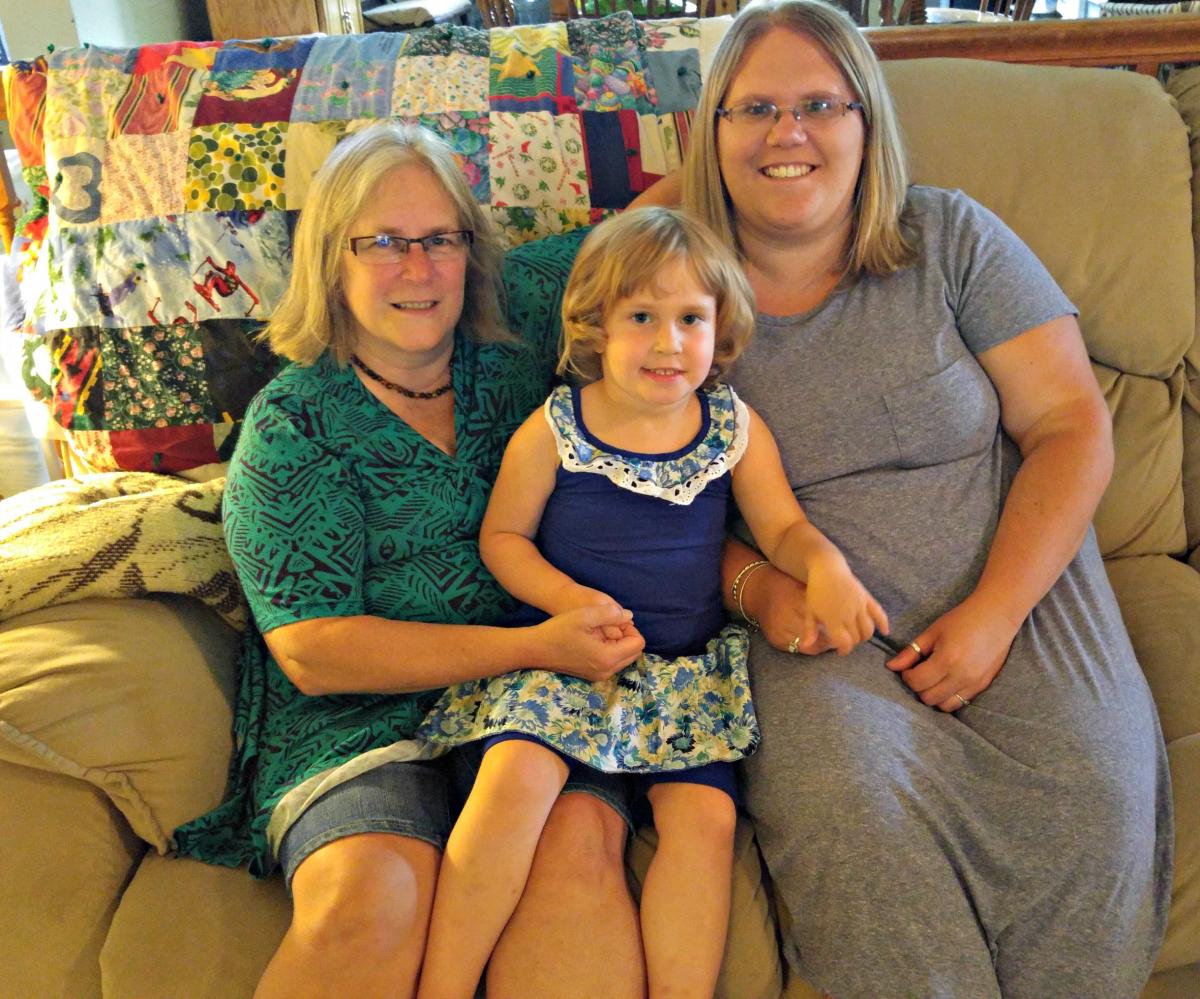 Almost a quarter of a century after Butler began molding the minds of Milton’s young ones, the National Association of Family Child Care named her the Accredited Family Child Care provider of the year. She received the award in Alabama last month at the organization’s annual conference.

Upon returning, Butler sat in her home, which doubles as her workplace, as 3-year-old Avery Mobbs eagerly climbed onto her lap last week. Mobbs’ mom, Amanda, was Butler’s first charge.

Humbly, Butler explained her focus on quality care and early brain development, components that add to what her families call an “invaluable” experience.

Parent Hillary Schmid, whose 2-year-old, Annabel, has been with Butler since she was five months old, said she couldn’t be happier about Butler’s well-deserved award.

“She reinforces all of those early academic concepts, as well as the early social concepts,” Schmid said. “Sharing, taking turns, advocating for yourself — we’ve just seen huge growth in Annabel.”

Schmid and her husband, Chris, are teachers at Milton Elementary School. Butler said she has a strong relationship with the school district to aid in her children’s growth.

Schmid agreed, saying Butler’s stress on early intervention and social skill development are important for kids to be academically successful later on.

Butler’s focus started as a stay-at-home mom of three teenage daughters. She became an accredited home daycare in 1994 and remains one of Vermont’s 11 certified facilities. The children she cares for range in age from eight weeks to eight years.

In the beginning, it can be hard for parents to trust a stranger with their children, Butler recognized. But in the end, “they become my family,” she said.

After earning an associate’s degree in her late 40s, Butler went on to receive a master’s in early childhood development two years ago.

As for her most recent honor, it wasn’t so much about the recognition, but about feeling the support of her families and peers, she said.

Back in Butler’s home, Avery buzzed around the room as Butler asked her to climb on the couch again, this time with a book. They read it aloud together, both pointing to each picture before flipping the page.

Using explanations and pointed vocabulary are essential to Butler’s approach, the provider said. Whether it’s during a morning STEM session, many hours playing outside, indoor reading and coloring time or even during meals, Butler talks through the processes and objects at hand.

Hands-on learning through “everything play” is at the core of Butler’s instruction. Thanks to national conferences like NAFCC, Butler stays up-to-date on the latest brain science ideas, toys and overall family childcare knowledge.

Butler’s awareness of such topics, Schmid said, is reassuring because she provides meaningful explanations for occurrences in Annabel’s life. Plus, development sparked in daycare can then be reinforced at home, Schmid added, creating a wholesome cycle.

That’s one reason why the Schmids’ 10-week-old daughter, Lucy, is headed to Butler’s care in November.

While Butler is certainly modest about her accomplishments, she pinpointed her bottomless passion for learning as her strong suit.

“I’m never going to reach an age where I stop learning,” Butler said, setting an example for the kiddos she cares for.

As those children grow up and move on, some reward Butler with what she called the greatest gift: their desire to come back. High-schoolers who learned from Butler as children now follow Butler’s lead as young adults logging community service hours.

Others, she said, come back to visit, or in Amanda Mobbs’ case, enroll their own kin.

“I am very fortunate and honored to be able to provide care to the families in this community and help develop their children into productive adults,” Butler said. “It’s an honor.”

It’s a job she doesn’t take lightly, she added, noting the grave trust parents must hold in hiring her. Developing that, Butler explained, is something she works hard at.

“It’s peace of mind knowing that your kid is in great hands,” Schmid said.